we gotta have ice cold smoovies!

(running into the room) daddy has a white car!

(before our realtor came to visit us) The inspector's coming!

(after hearing we weren't going to stop and visit our friends in Ohio on the way to Chicago that day) So are we going to take a plane now? 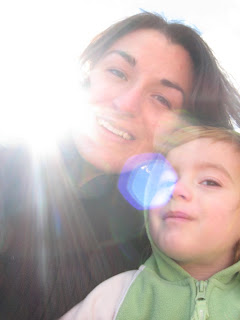 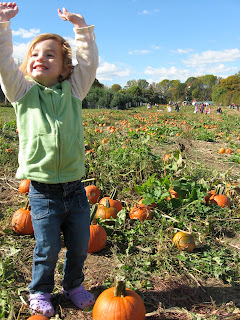 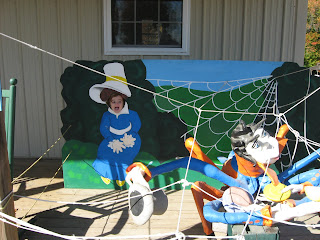 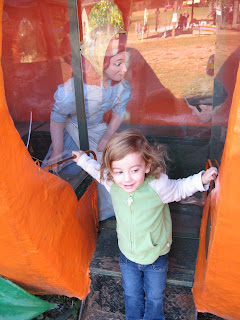 Jaide and Kiree both have sticker charts to help encourage good behavior. Recently, they both filled up their charts. When they fill up their charts, they get to pick a one on one outing with either mom or dad. Jaide decided to have a daddy-daughter date at the playground. They played frisbie golf and played at the playground. Kiree wanted to have a mommy-daughter date. Bob thought it was funny, since Kiree and I spend a lot of time together while Jaide's at school. I was fine with it. Kiree and I went to Clark's Ellioak Farm last week during school. Kiree had a free admission ticket from the summer reading program. We went through the pine tree maze, played on the Enchanted Forest play dealies, fed and pet some goats, went on the hayride, and picked out a "huge" pumpkin from the pumpkin patch.
Posted by Meg at 10:36 AM 1 comments 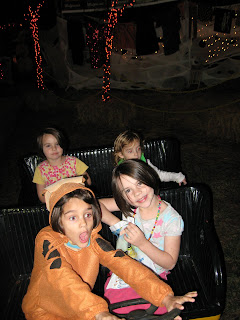 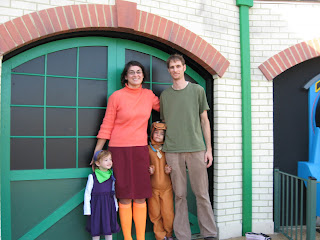 We're kind of missing Halloween this year, so we have had to have some dressing up fun early. We went to Fright Fest at Six Flags last Saturday with the kids and two of their friends. The four of us wore our costumes. 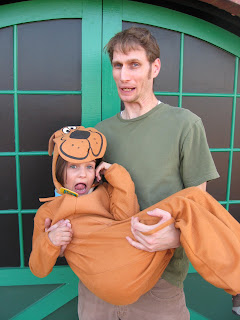 This year we're the Mystery Inc gang from Scooby Doo. Jaide is Scooby Doo, Kiree is Daphne, I'm Velma, and Bob is Shaggy. We were kinda like celebrities going around the park. I don't think adults are actually supposed to dress up
, but I don't think anyone was going to mistake me for a park employed ghoul (that's what I was always afraid of at Fright Fest growing up, weirdos in costume who weren't employees). I know at least a couple of people took my picture. I liked the people who talked to us about our costumes more than the people who stood nearby and talked about us like we couldn't hear them. But people seemed to like our costumes. One little boy asked us where Fred and the mystery machine were. The part of the day the kids liked best was the candy!
The other day the girls and I got to wear our costumes again to a friend's Halloween party. Ironically, Shaggy was at work. ha ha! 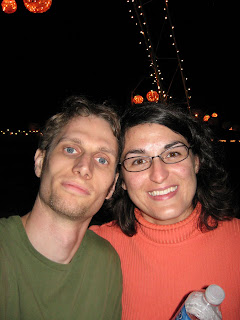 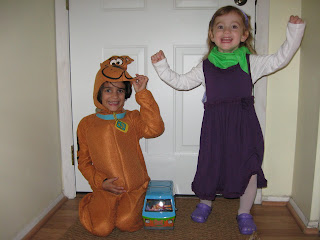 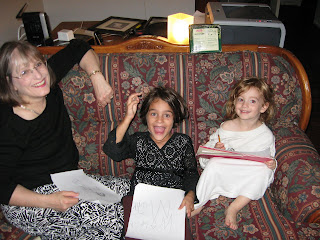 Bob's Mom came for a visit last weekend. She was in Michigan helping Russell and Jen with their new baby. Then she visited Emily, Travis, and Alyssa in Boston. She got to come here from Boston and then headed back to Michigan to fly back home. It was a grandchildren-palooza for Grandma! The girls were super excited for a visit from "silly Grandma." We got to hang out and watch General Conference on the internet. We got the traditional Saturday Conference icecreams. Each of us picked out a half gallon of icecream. We had lots of icecream to eat. I think we still have two partial containers left at this point.
Grandma got to stay in our newly refloored guest basement. It was a great motivation to get the job done! Bob and I enjoyed staying up way late and chatting with her. It was funny web chatting on Sunday with Grandpa in California and Grandma with us. The kids were very sad to see her go on Monday, but as Kiree said, "gwampas all alone" and I'm sure he was very glad to see Grandma again. I think we're all looking forward to going out to visit them next summer.
Posted by Meg at 4:12 PM 0 comments