School's finally over for the summer! Jaide had her last day last Wednesday. We ended up missing the first grade picnic the Friday before because Jaide wasn't feeling well. That was the first time Jaide ever missed school because she was sick. But Jaide did make it back for the last three half days of school. Unlike last year, Jaide was very happy about the end of the school year. She is also very excited about being a second grader.
We are all looking forward to our trip to California to visit Bob's family. Jaide hasn't been to their house since she was almost nursery age. Kiree has never been. The girls are very excited to swim in Grandma and Grandpa's pool. Bob and I are going to go on a little trip by ourselves during our trip to California. We've never gone anywhere without the kids! Our 9th anniversary is tomorrow, so we'll be celebrating that.
This summer may prove to be full of adventures. We shall see what happens with the house situation. Besides all of that shenanagins I'd like to do some fun activities with the girls this summer. I'm not going to do theme weeks like I've done in the past, but I have a few things I'd like to do. I want to write a story with the girls. I'd like to put on a play. I'm sure we'll also go swimming, play outside, and have play dates. We've already planned one camping trip and we'll definitely have to make use of our state park pass. The girls are signed up for a one week soccer camp in August. We'll have to bust out the calendar and figure out when we'll be doing what soon because school starts up again August 29th.
Posted by Meg at 8:50 AM 2 comments 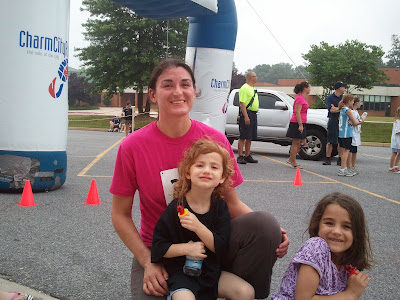 The PTA at Jaide's school held a 5K race as a fundraiser this year. I decided to run it. I looked up some training tips online and practiced mostly on the treadmill at the gym. The race was this past Saturday. I finished the race in 25:50. I was the 35th out of like 124. I was the 8th female overall and the 3rd female in the 30-39 age group. I got a little medal at the end for being 3rd in my age group. The kids are enjoying playing with it. It was a lot of fun to cheer everyone on at the finish line. A lot of kids ran too. Jaide wants to run next year. 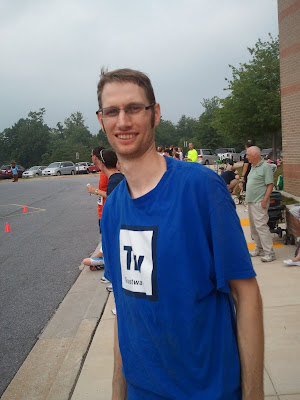 Hey everybody, today is Flag Day. I hope you've found or will soon find true love!
Posted by Meg at 1:41 PM 2 comments 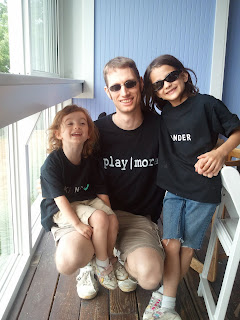 Every year Bob's company has a summer party for all of the employees and their families. We always have crabs and other food. We've neglected to bring our camera every year until this one (since now we've got phones with cameras on them!) But I still neglected to get a picture of the crabs, perhaps because eating crabs makes your hands quite messy. 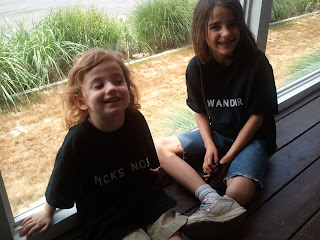 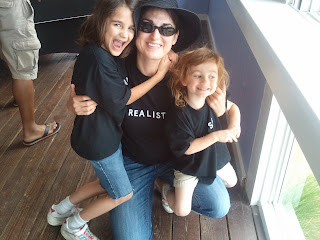 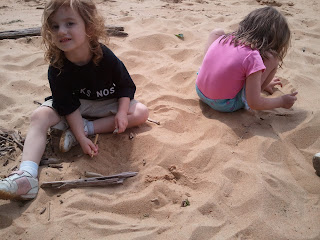 We had a fun time. The food was really good, and we got to go into the bay. The girls played in the sand. 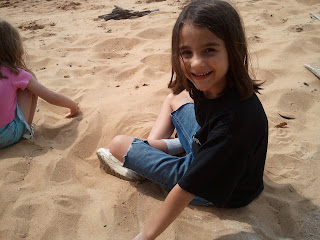 This stuff also happened in May

I can't believe I almost forgot to blog about two highlights of the month of May.  Going to Dutch Wonderland and going with Jaide on her class field trip to the National Zoo. 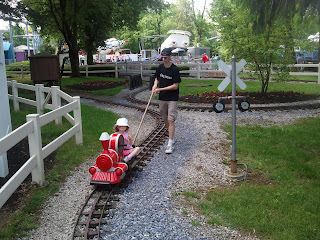 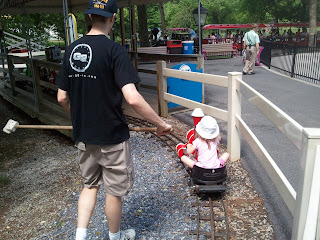 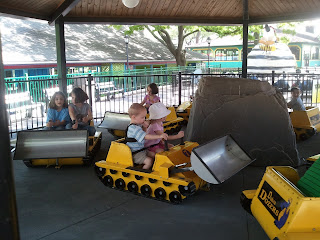 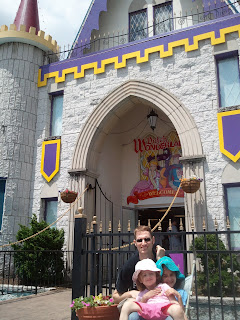 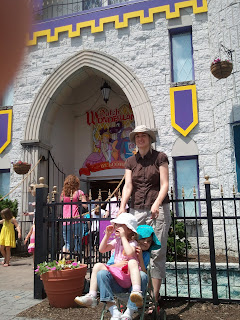