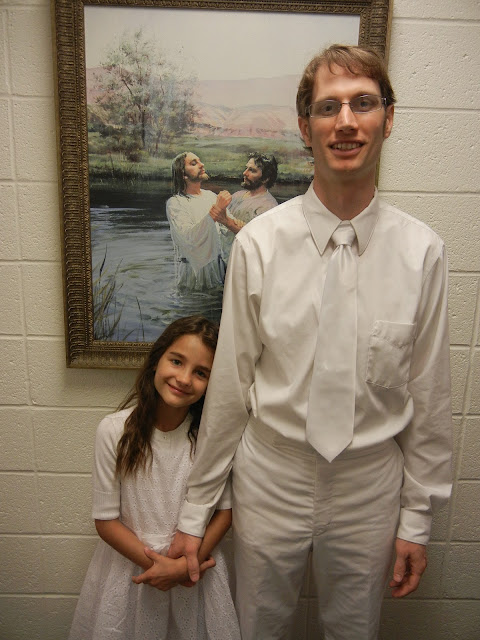 The primary baptism day for July just happened to be on Jaide's birthday.  The other family with a kid turning 8 in July decided to wait until next month, so Jaide was the only one getting baptized that day.
It was a special day which started out memorably (not exactly in a good way).  I was up late making cookies and then had to make frosting and frost cookies and cupcakes in the morning.  It was hard to get everyone ready to go on time.  Jaide decided after getting dressed in her white dress to open up a bottle of nail polish she got from one of her friends for her birthday.  She got it on her dress.  Bob's mom tried to get it out, but it didn't come out.  Fortunately, I had bought two dresses in two different sizes.  Jaide ended up wearing the bigger dress.  In our rush to get out the door (we still ended up being late, but so was everyone else) we forgot to grab a towel or dry undies for Jaide.  I had to make due with the random stuff we had in the trunk of the van (bright orange undies).  I thought I had a hair thing in the diaper bag, but no I didn't.  I found an elastic tag in the bathroom and used that to hold the end of Jaide's braid after the baptism.
But despite the craziness, it was a wonderful, spiritual day.  Bob's mom gave the talk on baptism.  My mom gave the talk on the Holy Ghost.  We sang Jaide's favorite primary song, When I am Baptized.  Bob's dad and I gave the prayers and Luke stayed asleep the whole time.  Bob baptized Jaide and confirmed her along with his dad, our home teachers, and some friends. 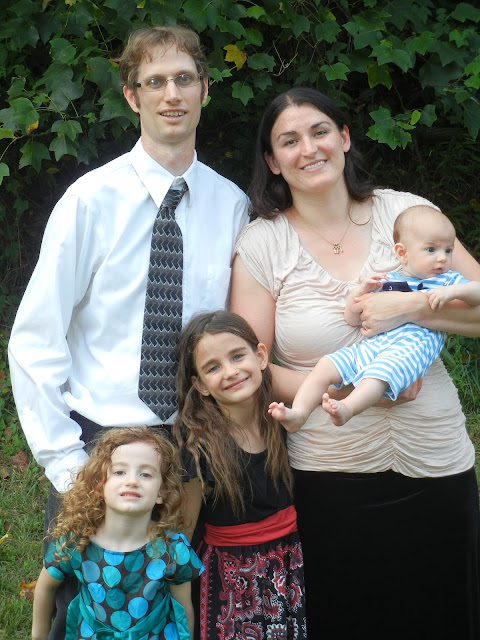 Originally we had planned to have Luke's blessing the Sunday after Jaide's baptism.  We ended up deciding to have it the week before, during the family reunion so that Bob's brothers and brother in law could participate.  It was nice to have it be it's own thing and it was nice to not have any other things to have to worry about after the reunion, Jaide's party, and her baptism.  I was tired.  Luke, Kiree, and I all ended up with a cold.  Luke and I stayed home the Sunday after Jaide's baptism.  Everybody seems to be doing better now.
Posted by Meg at 10:54 PM 0 comments

Jaide is eight.  Isn't that crazy!  She has been so excited to turn eight.  The day after the family reunion ended, we had a party for Jaide's birthday.  Bob's parents were still here and my mom had flown in Thursday night.  Two of Jaide's aunts got bumped from their flights Thursday night, so they got to stay for the party too.  It was a huge help to have extra people to get things ready and to run activities at the party!  Jaide has been enjoying reading the first 5 Harry Potter books (and watching those movies) and she asked to have a Harry Potter party.  We made it a day at Hogwarts, with several mini classes and Harry Potter themed snacks.  Bob's mom made the chocolate frogs (filled with marshmallow fluff, yum!), sewed house buntings out of the felt I bought, and made pumpkin pasties.  My mom helped run some of the classes and took the kids from class to class.  Cindy and Becky helped me make wands the night before (Rosie also helped even though her flight left early Friday morning) and they helped out with some of the classes as well.  Bob did the potions class and along with his dad and Becky, helped the older kids do the divination class mad libs. 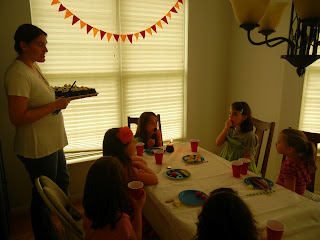 I'm planning to post a little more about the party details on my other blog.

It's been a whirlwind kind of month this month.  We hosted a family reunion for Bob's side of the family.  We totalled 21 people.  16 of which stayed at our house.  8 of those 16 were the total of the grandkids (there were only three with two on the way at the last reunion!  #9 is due in November).  Our kids are #'s 1,2, and 7 respectively.  Three of the kids were nursery age, three were younger than nursery age, with two of that number being 3months old. So, in other words, we had a pretty young group.  But we still did a bunch of  stuff.  Here is what we did in brief outline form and in pictures in no particular order. 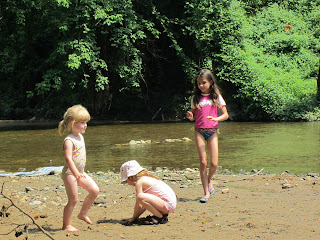 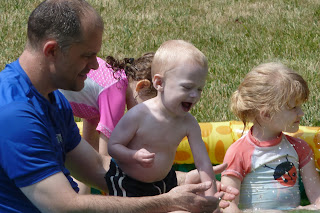 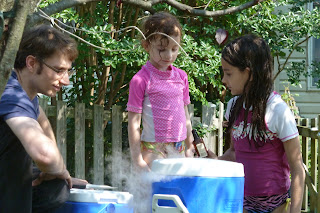 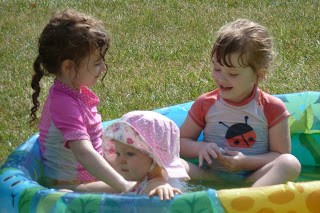 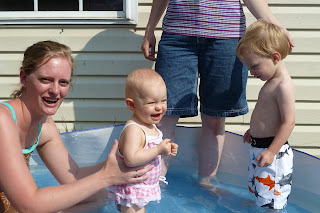 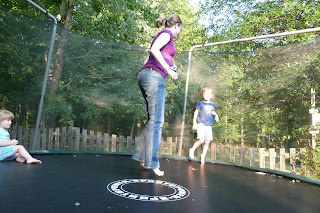 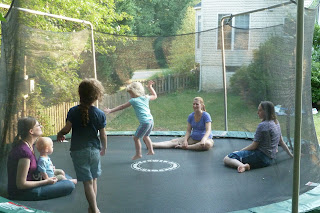 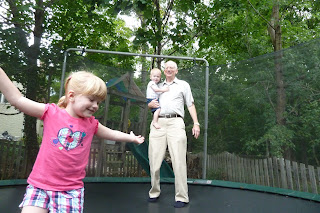 I think it went pretty well.  Thanks everyone for letting me sleep in several of the days, making dinner, doing the dishes, and cleaning up!
Posted by Meg at 9:29 PM 1 comments