Happy Halloween!  As my three year old nephew told my told my dad on his 64th birthday, "you shouldn't eat too much candy or you'll get sick!" 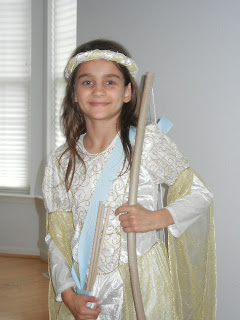 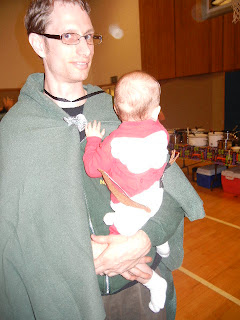 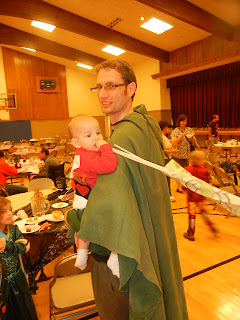 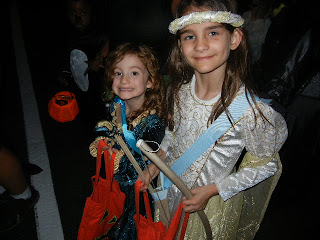 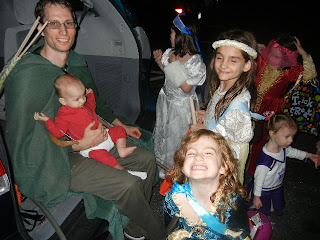 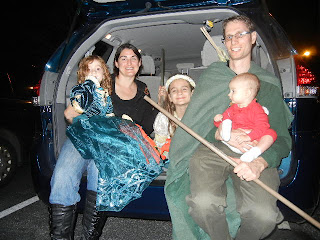 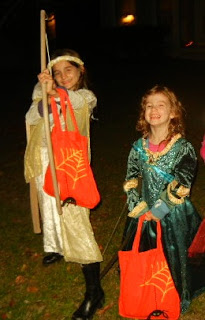 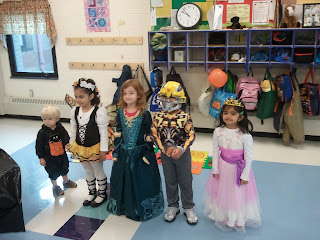 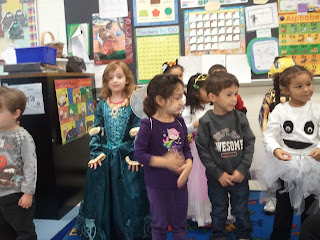 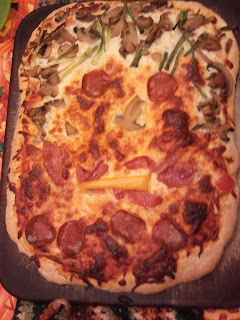 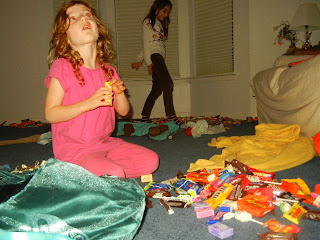 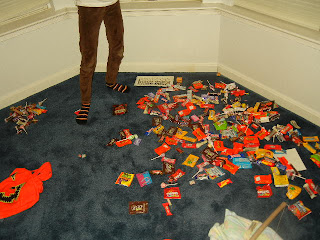 Blogging has not been happening so much lately.  I'm not sure why exactly.  Facebook and pinterest?  At least I have baby pictures and milestones to log. 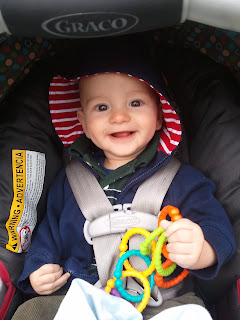 Hit the 1/2 mark earlier this month.  He's officially 29" long and 15lbs 9oz.  He's eating pureed veggies and fruit and sometimes non pureed of the same.  He's recently gotten quite good at sitting up all by himself (as in we sit him on the floor and he stays there).  He sometimes leans forward and eases himself onto his belly.  No teeth yet, but you can see the lines on his bottom gum where the teeth are pushing their way up.  Everything gets put in the mouth and he sometimes bites- ouch! 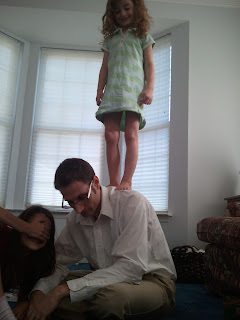 Is doing well in preschool.  She's a little bummed that she's not in kindergarten with her buds or at her old preschool which "had more toys."  They seem to be doing a lot of work on learning reading and writing.  It's kind of weird that it's such a small group and that everybody seems to come at least 5 or 6 minutes early to pick the kids up.  If I'm only 5 minutes early, Kiree is usually staring out the window with her backpack on her back waiting for me.  We have her first fieldtrip on Friday to the farm and Jaide and Luke will be coming along.  Kiree's picked up her first cold of the season and had a bad night last night.  She She missed picture day at preschool today.  She might miss her last swim lesson tomorrow.  I don't think she cares about swim lesson though.  The teacher wants her to put her face in the water and she refuses.  At least she is willing and able to swim around by herself with a float on.  She used to be so afraid she needed multiple floaties and someone to be holding her all the time.

Jaide-
Has started playing the cello.  They have lessons at school twice a week.  We had to rent a cello for her to play.  So far she likes it despite having to carry it to school and back.  At least the case has backpack like straps.  Jaide enjoys going to activity day now that she is eight.  I like having some extra time with her on the rides there and back (I'm still activity day leader).
Kiree's up again hacking away.  I wish she could clear her throat without vomiting.  I hope she doesn't wake Luke up again tonight.
Jaide, back to Jaide.  Jaide is very helpful with Luke.  Sometimes too helpful, but it's nice to have someone else around who can hold Luke and help him to be happy.  She is enjoying school.  We continue to battle over her hair.  She really wants to have long hair but lacks the skill and desire to care for long hair.  I made two charts, one that says long hair and one that says short hair.  I put a mark on long hair any time she takes care of her hair and a mark on short hair any time she doesn't.  If short hair fills up first, she's getting a haircut.
We also have two charts that say responsible and irresponsible.  That is for both the girls when they do their chores (or not) and when they do other responsible or irresponsible things.  The girls really want to get a dog and if they fill up responsible before they fill up irresponsible, then we will get a dog.  If irresponsible fills up first, then we'll have to start over again.
So far, short hair and irresponsible are the more full charts, but responsible isn't far behind irresponsible.  I see a haircut in Jaide's future.  I told her she needs to practice combing doll hair.


Meg-
I've been trying to go for walks with Luke for (a) exercise and (b) to get him to take a good nap.  It works great on days when it's not raining and when Kiree is at school.  Kiree's not a fan of walking and we don't currently have a double stroller.  We are members at a local gym, but I don't like it as much as our old gym.  The child care isn't available at the times I'd most like to work out.  Then there's always to problem at any gym of the kids picking up viruses and whatnot from the kid areas.  I've been trying to work on family history a bit.  My sister has been doing much more than me.  Our ancestors are a bit hard to find.

Bob-
Bob and I did some painting this past weekend.  We painted exterior trim around one of the second floor windows.  It was a gnarly mess of rotty wood.  It looks much better now.  Bob did a lot of Luke tending and he and I both helped the girls to clean up their room somewhat.  We might move some furniture around in there.  The casing around the windows and closet door are getting painted white (they were previously red, green, blue, and yellow).  Bob is a good man and I love him.