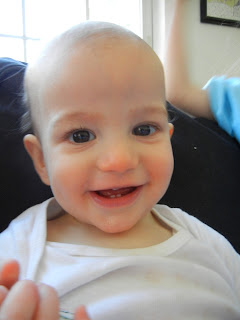 I kept meaning to write a post about what we did for Luke's birthday with the obligatory pictures of cakey face but didn't get around to it until now.
We went to Port Discovery, the children's museum in Baltimore.  Since it took me so long to get the cakes decorated, we didn't get down to the museum until after 3pm.  At 3:30, they started charging only half price admission so we waited for that.  The girls would have like to have had longer to play, but we still had fun.
They had a traveling exhibit about the Wizard of Oz movie.  They had replica ruby slippers.  Kiree, Luke, and I got to go see a real pair at the Smithsonian more recently. 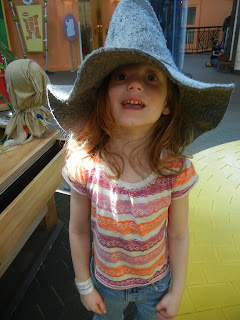 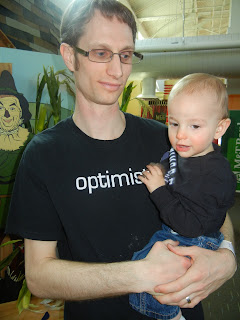 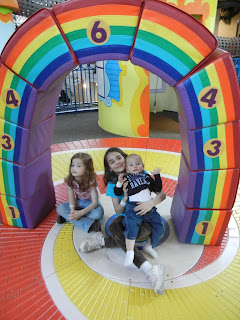 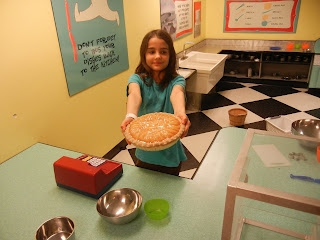 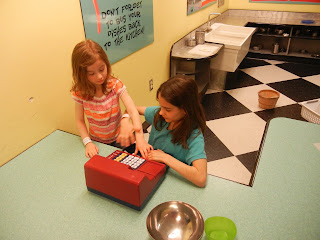 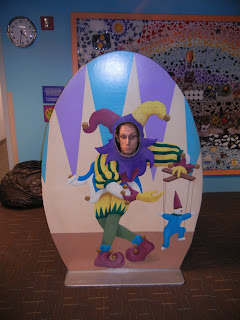 One of the last areas we played in was a little 50s diner.  Luke was really happy crawling around the museum but while we were in the diner some little girl ran at him and tackled him.  Then she pinned him down!  I don't know what that girl's deal was.  Poor boy!  Such mean treatment and on his birthday! 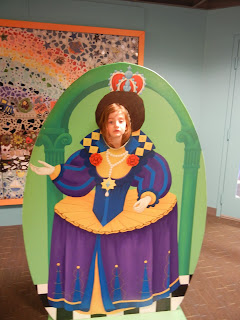 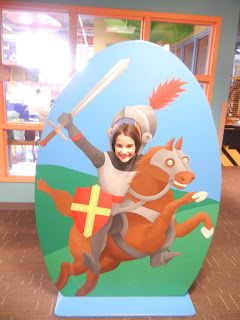 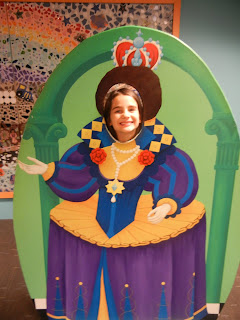 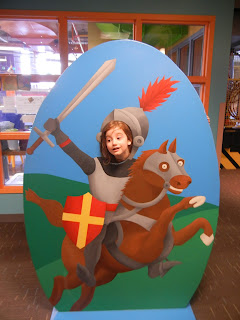 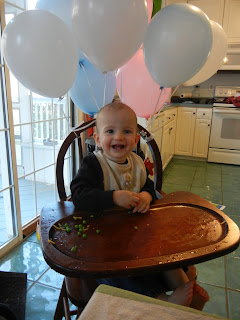 When it was time to leave the museum we headed toward home and picked up some dinner from chick-fil-a.  After dinner we had birthday cake and presents!  If I had made box cake it would have been a little softer and Luke probably would have ate more of the actual cake, but he did quite like the frosting. 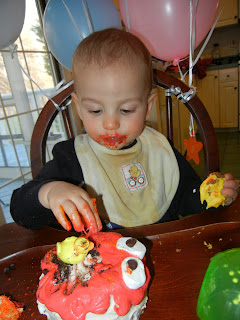 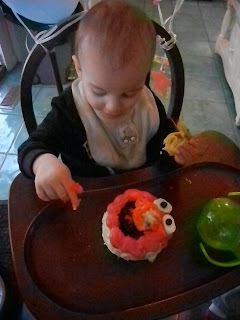 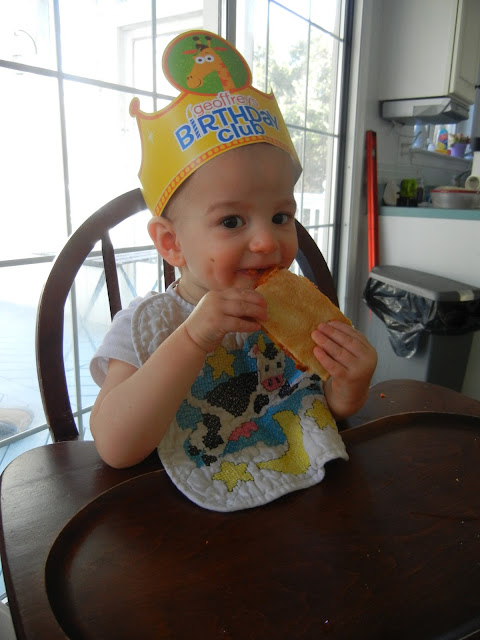 We survived another first year!  One year olds are so cute and fun.  Here is a little bit about Luke at one year old.


Luke has been feeding himself for a while now.  He enjoys drinking out of a regular cup and frequently even gets some into his mouth.  In sharp contrast to his sisters, Luke prefers water to juice.
Foods he likes: taco meat and beans, peas, sweet potatoes, yogurt, applesauce, cheese, pasta, toast with butter, tiny bites of ice cream (more than that is too cold for him!), guacamole, and lots of other stuff

Like a lot of other things, Luke has been a little slower to walk than his sisters were.  He really likes to strut around holding both hands of someone walking behind him.  He walked all the way home from school that way one afternoon.  He also cruises holding on to things and occasionally will stand all by himself and then quickly sit down.  He crawls around everywhere and climbs onto things.  One of his favorites is to climb the step stool in the kids bathroom and grab toothbrushes. He sort of brushes his four sharp little teeth.  Hopefully he will still be as excited about brushing his teeth when he gets bigger!

At his check up Luke weighed 20lbs 4.8oz (the girls didn't hit the 20lb mark until well after their first birthday).  He was 31.5" tall.  They are happy with his growth. 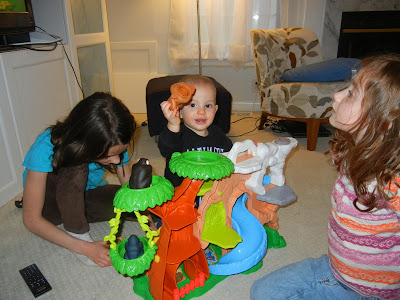 What Luke does for fun: Luke enjoys playing with Little People toys handed down from his sisters and a new set that got for his birthday.  Luke loves his sisters. 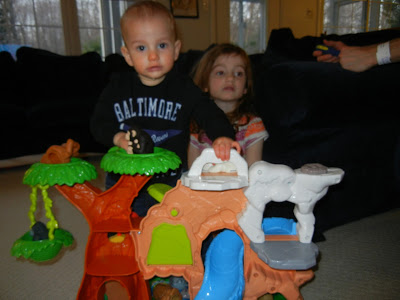 He loves to imitate them and be with them.  He doesn't love when they grab him, hug him too much, or take things away from him.  Luke loves cellphones.  He has a game on my phone called "baby toy."  Luke loves computers, but he is too rough and doesn't get to play with them for long, just until mom or dad notices.  Luke enjoys exploring new areas like the playground at school and the backyard.  He doesn't like when we've used the trampoline as a giant playpen while we've done yard work (at least he doesn't like it for too long).  He'd rather be crawling around in the dirt and grass.    He has figured out recently that he can get into drawers and cupboards and find fun things in them.

Luke loves his daddy and says da da a lot.  He says ma ma and yeah as well.  He is pretty good at letting us know what he wants at dinner time and sometimes he makes the sign for more to let us know he's still hungry. 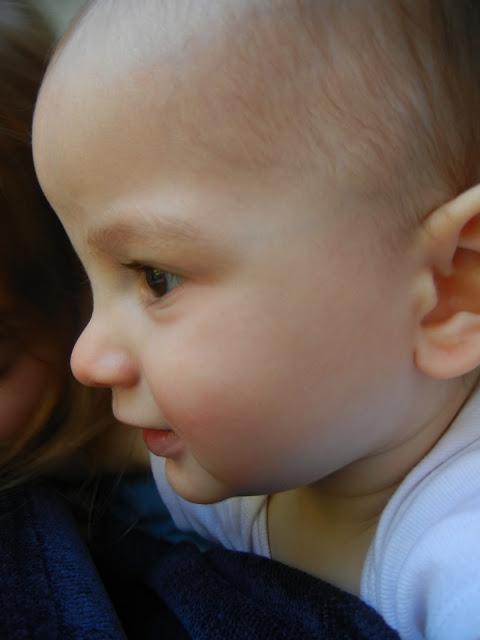 Luke is a sweet little guy!

We had a Six Flags day! 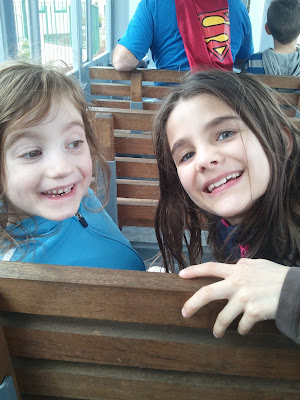 It's spring break this week so I thought we should try and do some stuff.  We have passes for our local Six Flags park this year and the park is open for spring break so we went on Monday, just me and the kiddos.
It was fairly warm until the wind picked up and it started to drizzle a bit.  We had a fun time and it wasn't crowded. 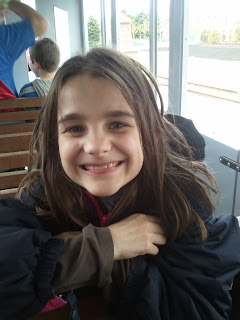 We learned some things.  Jaide is now too tall to ride on the little kid rides, some of them any way.  She is officially, even without shoes on, over 54" tall.  I do believe that means she can go on any of the big rides, even at the water park when that opens!  We went to the park for fright fest at the end of the season last year and she was at the magic spot where she could slouch for the kid rides and straighten up for the big rides.  We figured that would be the last time she'd ride those kid rides but it was still kind of weird to see her clearly above that line on Monday.  Don't cry for Jaide though, not all the kid rides have upper height limits and she'd rather go on the more exciting rides anyway.  Kiree is finally above 42" (we measured about 44" at home that evening) so she got to go on more rides than she used to as well.  The girls enjoyed going on this flying pirate ship thing none of us had ever gone on before.
Kiree had been on the swinging pirate ship before (not to be confused with the other pirate ships) but she was scared of it then.
Kiree is scared no longer!  She and Jaide sat in the very last row for maximum ups and downs, not once, but twice!  Jaide and Kiree were happy to be able to go on rides together.
Kiree is a bit bummed though because all of the roller coasters except for the kid one have height minimums of at least 48"  Will she grow 4" by October?  I don't know about that.
Luke and I got to go on some rides too. 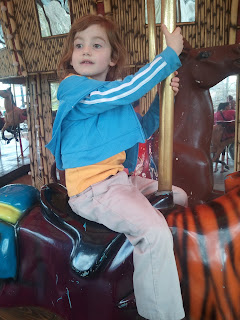 We all went on the carousel and the antique cars (Kiree was our crazy driver).  We all went on most of the rides in the generic train themed kid section formerly know as Thomas Town.
While I was waiting for the girls by the pirate rides I watched last year's new ride, a roller coaster called apocalypse.  It's a stand up roller coaster, like the iron wolf, I thought.  The iron wolf was a roller coaster at the Six Flags park near Chicago.  I learned when I got home and looked online that that ride is not just like the iron wolf, but is in fact the exact same roller coaster.  They dismantled the 21 year old roller coaster (that I'm pretty sure I rode on the year they opened it) and brought it to Maryland.  They've painted it and made it far cooler looking with apocalyptic themed stuff and fire!  I will have to ride that roller coaster some time when Bob is with us.  Jaide would have liked to ride it on Monday, but Kiree and Luke are too short and I had to stay with them.
We only stayed at the park for about two and a half hours, but that is the nice thing about having season passes, you can stay just for as long as you feel like because you can always come back another day.  My plan for Luke to take his first nap on the ride to the park was a big fail but at least he napped for part of the longer ride home.
Posted by Meg at 10:31 PM 1 comments 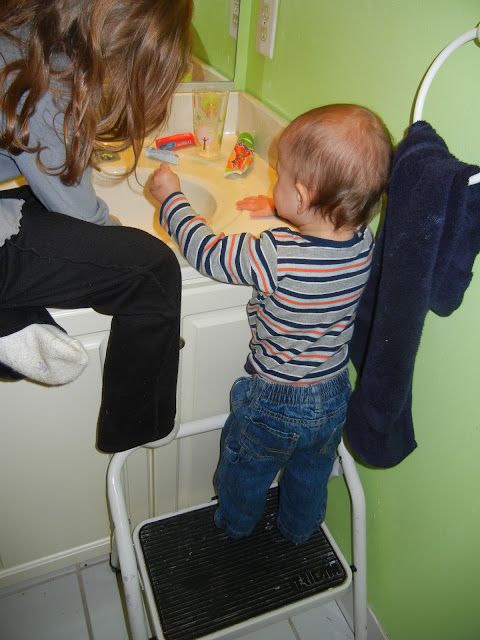 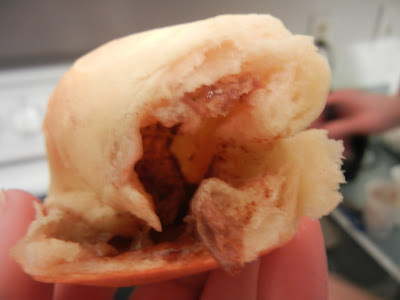 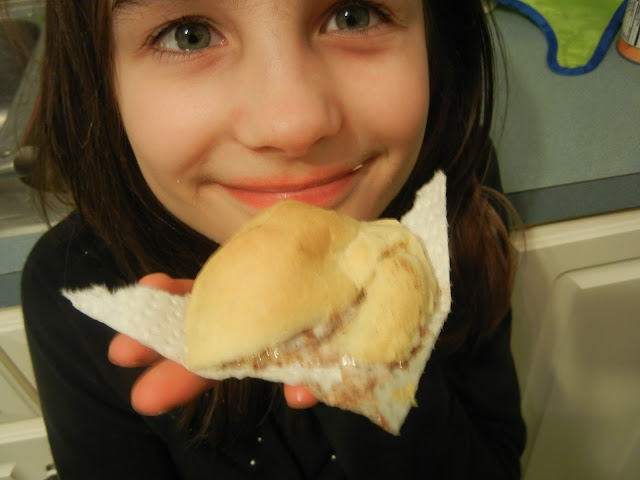