I haven't blogged all year!

After playing catch up all year on blogging- trying to make as many posts as the number of the month each month- I wasn't in a hurry to post again.  Since we're already more than half way through January I though I'd do a quick post. 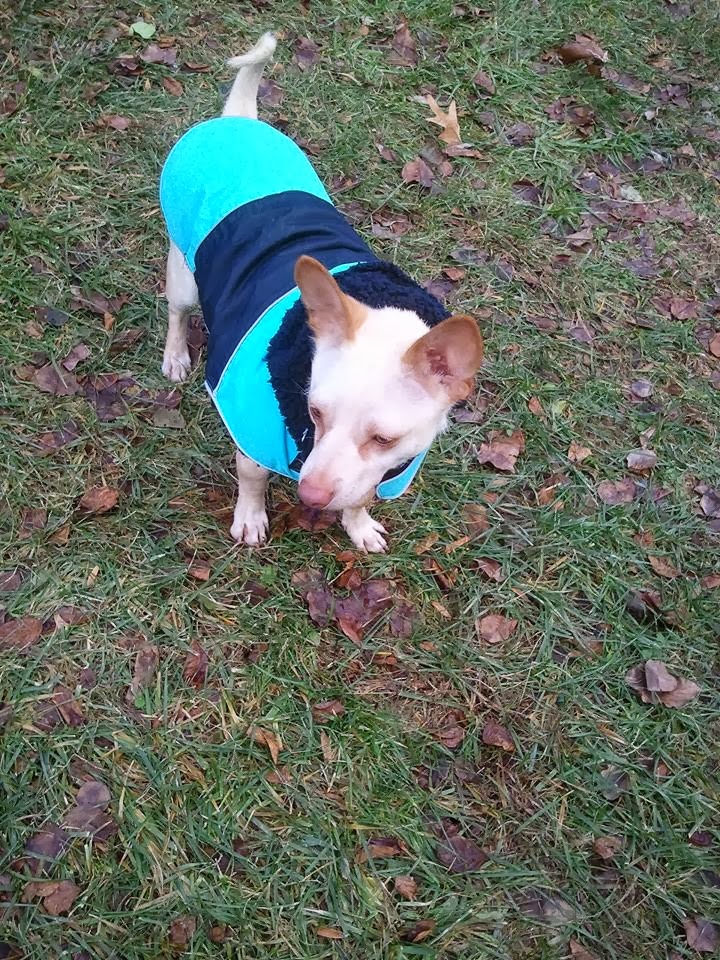 We got a dog!  We rescued her from Small Miracles Cat and Dog Rescue.  They think she is a chihuahua and corgi mix.  Her name was Wrinkles and then Twinkles (she was at the rescue for kind of a long time) but we decided to name her Cali because she is from California.  I guess there are a lot of chihuahuas in California and some of the shelters send them to other parts of the country where they have a better chance of being adopted.  This shelter also gets a lot of animals from rural shelters in West Virginia and other nearby places. 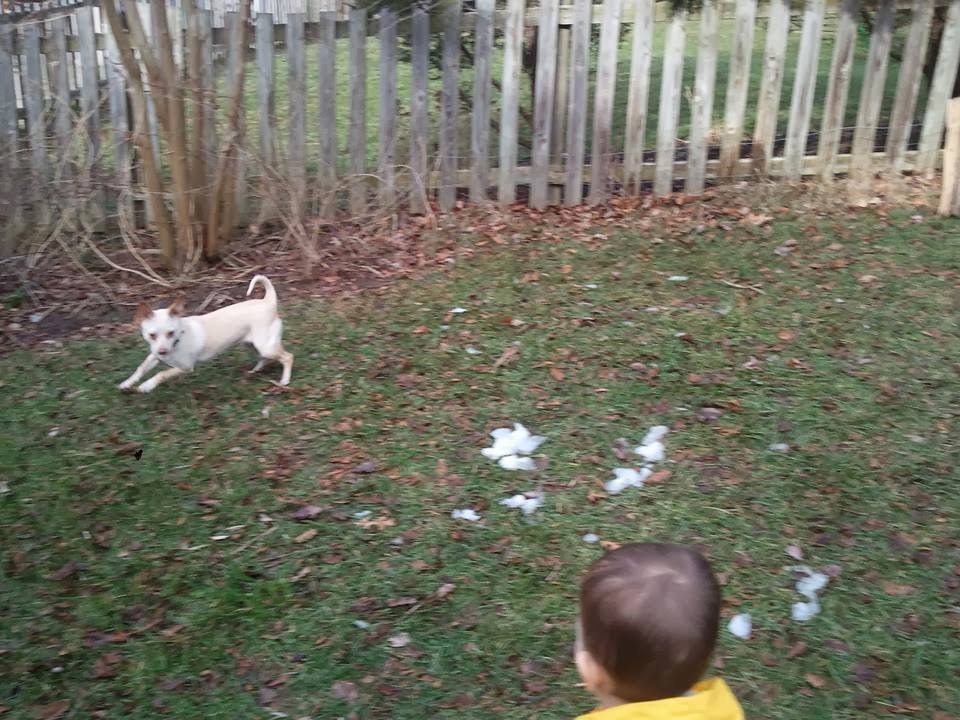 She's a pretty good dog.  She's very playful and in the evenings when we've tired her out (and fortunately in the afternoon during nap time) she likes to snuggle up and snooze on the love seat.  She is a chewer and thus she is restricted in where she is allowed to go.  She sleeps in the crate at night.  She is quiet at night, but howls when we put her in the crate any other time.  Next week we are starting a dog training class so hopefully that will help her be a well behaved dog and help us to help her be a well behaved dog.  The training class is one that has a partnership with the rescue and so they already know Cali.  They are excited to see her again.
Cali is a little scared of some stuff.  She gets scared of men a lot.  She even gets scared of the 5th grade boy who lives in our neighborhood when we pass him at pick up.  On Friday she got very scared when the four other kids Jaide's age came up to her on the path to school.  She ended up backing out of her collar.  Cali is fast.  She loves playing keep away and try to catch me.  It took a lot of people a lot of effort to get her back on her collar.  I really appreciated all the help from my neighbors.  That little stinker got a lot of treats while we were trying to catch her.
As I'm typing this she keeps going over to the staircase and trying to squeeze underneath the baby gate.  I don't know what she thinks is upstairs but she's pretty interested in finding out.

We had some literally freezing cold days (actually below freezing).  The path to school was coated in thick ice.  We drove to school the rest of this week after this treacherous trip up to school. 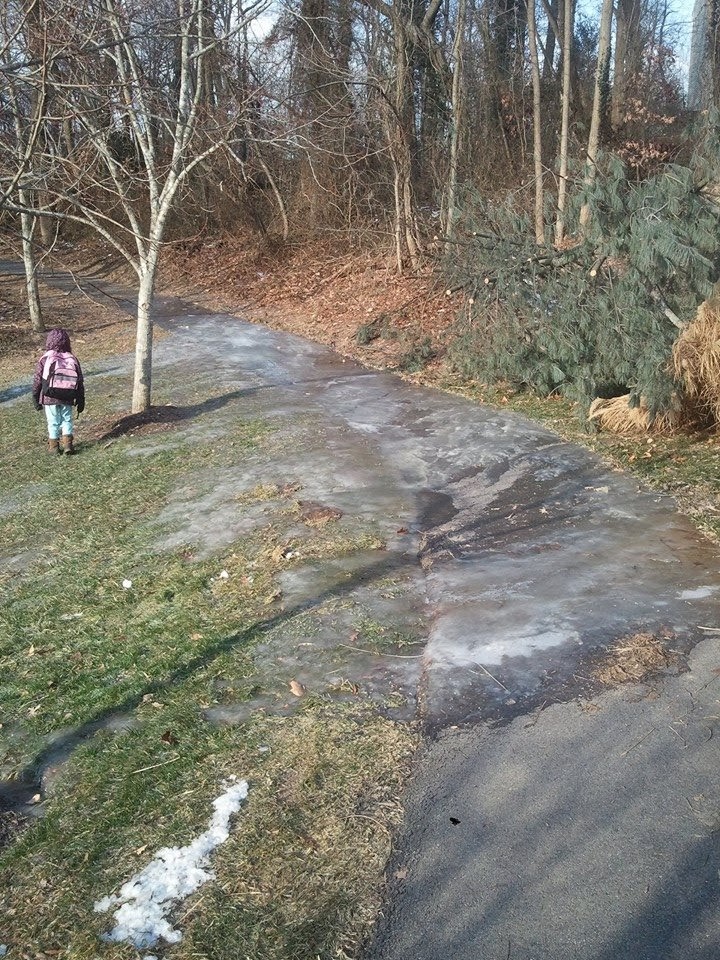 Last week Bob's brother Russell stayed with us for a few nights.  He had a conference in Baltimore.  We had fun playing lots of games with him in the evenings.

Kiree lost one of her top front teeth.  Well, we had to yank it out for her.  The other one is very loose too but she barely tries to wiggle it.  So far Bob or I have yanked all three of the teeth she has lost.  Kiree says she wants to keep this next tooth and not get money from the tooth fairy for it.  We'll see how she feels once it's finally out.

Little Lukey is not feeling very well right now.  He has a cold or something.  He's been very snuggly and oozy the last couple of days.  He hasn't wanted to eat much either.  We hope he's feeling better soon.

That's pretty much been January so far.
Posted by Meg at 3:54 PM 1 comments